Compare this with the bible story of some 3500 years ago, below [Henrew and Englis]

A Prayer in Vain 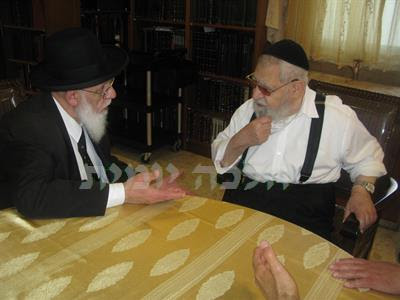 The Gemara there provides an example: “If one’s wife is pregnant and one says, “May it be Hashem’s will that my wife give birth to a baby boy,’ this is considered a prayer in vain. Rather, one should pray for the future and give thanksgiving for the past.” The reason for this is because one should not pray for past events; the fetus in its mother’s womb is either male or female already, thus, one should not pray for a miracle to occur and change reality. The Gemara (ibid.) continues to provide us with an additional example: “If one enters a city and hears screaming in the city and exclaims, ‘May it be Hashem’s will that these [screams] should not be from my family members,’ this is considered a prayer in vain.”

Immediately, it (the fetus in Leah’s womb) turned into a girl, as the verse states, ‘And she called her name, ‘Dinah.’” We see from here that it is possible for a boy to turn into a girl or the opposite which seems contrary to the teaching of the Mishnah which states that if one prays that his pregnant wife give birth to a baby boy, this is considered a prayer in vain.

The Gemara answers all this by saying, “We do not announce miracles”; therefore, the miracle which occurred to Leah cannot be used as a comparison for other people. The Gemara offers another answer that the incident with Leah was during the first forty days from conception and a baby’s gender is only determined forty days after conception, when its formation is complete. Therefore, it is permissible to pray for whatever gender one wishes the baby to be within forty days from conception.

Indeed, the Poskim and Maran Ha’Shulchan Aruch (Chapter 230) rule that one may pray for a baby to be either a boy or girl during the first forty days of pregnancy; however, once these forty days have passed, one should no longer pray for this. Rather, one should merely pray that the child be blessed and successful.

It is well-known that our Sages speak very highly about the importance of a woman’s prayer for her child during her pregnancy, that her sons should grow to involve themselves in Torah and fear of Heaven and her daughters should grow up to be like our righteous Matriarchs, good in all aspects, and for all to recognize that they are the blessed children of Hashem.

In the following Halacha, we shall discuss this matter further.