The animals adopt the emotional state of their cagemates, and the parts of the brain engaged during the process are different for pain and fear, according to a new study 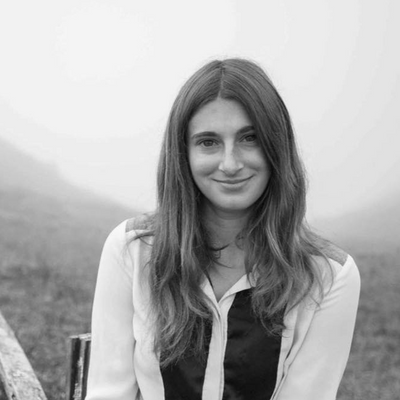 ABOVE: These mice were part of an experiment demonstrating that distinct neurological circuits control the empathetic responses of mice to a cagemate experiencing fear, pain, and pain relief.
MONIQUE SMITH AND BORIS HEIFETS

The ability to empathize with others stems from a long evolutionary history that includes empathy-like behaviors in animals beyond humans. Whales and primates grieve alongside members of their social groups, for example, while rodents are able to recognize and respond to the fear and pain of their neighbors.

A study published January 8 in Science has found that the brain circuits engaged during empathetic behaviors in mice differ depending on the emotion they are experiencing. The social transmission of pain, for example, is mediated by a pathway involving the brain’s anterior cingulate cortex (ACC) and the nucleus accumbens (NAc), while empathy-based fear is dictated by projections leading from the ACC to a region called the basolateral amygdala (BLA). These results also show, for the first time, that observing a neighbor having its pain alleviated can make a mouse’s own pain more tolerable.

“The authors were able to determine the specific inputs and outputs from the ACC to other regions of the brain, which hasn’t been done before, and show that they differ depending on what state you’re in,” Stephanie Preston, a neuroscientist and psychologist at the University of Michigan who studies empathy in humans, tells The Scientist. “This is a novel demonstration of the specific wiring that’s involved above and beyond the general idea of empathic pain and fear.”

Empathy is often studied in humans using MRI scans, during which a person must lie perfectly still within a noisy, enclosed space. As a result, “it’s much harder to get into a human brain and elucidate the mechanisms at the level of detail I think they need to be understood,” says Robert Malenka, a neuroscientist at Stanford University and the senior author on the study.

Rodents, being social animals capable of reacting to the emotions of their neighbors, therefore provide a tractable model system for probing the neural circuits associated with empathetic behavior. A better understanding of the molecular and neurological basis of empathy is important not only for the study of social interactions in humans, but also for the development of noninvasive treatments for people with conditions that limit their ability to empathize with others, such as narcissistic personality disorder, borderline personality disorder, or psychopathy.

To test the empathetic exchange of fear, Malenka’s team subjected a handful of mice to an electrical shock. The next day, these “bystanders” watched as a companion mouse was shocked repeatedly, causing it to freeze as part of a fight-or-flight response. A day later, when the bystander mouse was placed back into the experimental arena by itself, it too froze, supporting the idea that mice have an empathetic response to seeing others in distress.

During trials examining the same mice’s empathetic response to pain, the researchers injected 20 mice with a substance that causes inflammation. Then, a paired bystander mouse was put into the cage, and the two were able to interact with one another for an hour. Afterward, the bystander underwent a series of tests to determine its pain threshold. In each case, mice that had interacted with a cagemate registered a lower tolerance to pain for at least four hours after separation compared to a pair of control mice that interacted but neither received an inflammatory injection.

Lastly, Malenka and his colleagues wanted to know if pain relief could be socially transferred in the same way as pain. This time, the team injected both mice with the inflammatory compound but gave one mouse morphine. Even though it had not received any morphine, the second mouse nevertheless registered a higher pain tolerance; being around an analgecized cagemate made the pain of the second mouse more bearable.

“We think we have directly demonstrated that our mice are experiencing an empathic response,” says Malenka. “They are adopting the emotional state of another member of their species just by hanging out with that other animal for an hour or so.”

I almost can’t imagine a more important topic to study, whether you’re a psychologist or a neuroscientist, than what in our brains allows us to be empathetic and compassionate.—Robert Malenka, Stanford University

Having shown that mice can adopt the behavioral states of their neighbors, the team next used a neurological tracer and optogenetics to tease apart the individual pathways involved in each emotional state.

For the tracer, they injected mice with a benign version of the rabies virus. “We did a clever experiment where we expressed the receptor for the rabies virus only in the neurons that were activated during the social experiments,” Malenka says. Following the path of the virus through the brain, they were able to show that the social transfer of pain and pain relief are mediated by different pathways.

The results, Malenka tells The Scientist, show that “there is some specificity to our empathic responses in terms of the brain mechanisms. Different parts of the brain are allowing us to be empathic for different experiences.”

When the researchers used optogenetics to activate the pain circuit during the pain experiment, the response of the bystander became more pronounced, with the bystander experiencing a lower pain tolerance for 24 hours instead of four. Similarly, when they used optogenetics to turn off the link between the ACC and the NAc, the route empathic pain takes, the social transfer of the sensation stopped, demonstrating that communication between the two brain regions is necessary to prompt empathetic behaviors.

With respect to fear, the team blocked the flow of information from the ACC to the BLA and similarly mitigated a mouse’s fear response.

While mouse brains are not identical to our own, the results of this study do seem to align with some of what is known about empathy in humans, says Ewelina Knapska, a neurobiologist at the Nencki Institute of Experimental Biology in Poland. “I think it’s a very nice study because it shows the role of the cortex in controlling downstream structures in mice,” she tells The Scientist. “We know that the ACC is important in human subjects in controlling empathy-related behaviors, but here we see a very similar organization in mice. It gives us a good model to study the fine details of neuronal circuits and hope for the translatability of the research.”

At its most basic level, the results could inform new, socially mediated ways of treating pain or fear in humans, such as group therapy for those with post-traumatic stress disorder (PTSD) or changing the organization of hospital wards. Placing patients recovering from surgery in a room with others further along in their process, Preston says, could speed the healing of all.

“Hospitals try really hard to maintain this controlled environment because they believe it’s important to the recovery of the individual,” Preston says. “We need to be aware about the distinction between controlling the environment and making it seem more scientific versus actually loosening some of these restrictions and promoting togetherness in these environments where people are trying to recover.”

Moving beyond, Malenka says that a better understanding of the pathways associated with empathy could spur conversations about drugs used to treat empathy-related disorders. While more study is needed to be sure the pathways are conserved between rodent and human, he says, this is work that is already underway. In his lab, Malenka is studying how the empathetic response of rodents is affected by MDMA, the “empathogenic drug” known as ecstasy.

“This is not crazy stuff,” Malenka tells The Scientist, pointing out that clinical trials are currently testing the efficacy of MDMA in individuals with PTSD. “I almost can’t imagine a more important topic to study, whether you’re a psychologist or a neuroscientist, than what in our brains allows us to be empathetic and compassionate.”